Too Important to Fail: Will only the strong and adaptable survive the pandemic?

The COVID-19 pandemic is proving to be an epoch-making catastrophe. In addition to the tragic loss of so many lives and the ordeal of those who are recovering from the effects of the disease, the social and economic consequences are already staggering. The IMF predicted in June that the world’s GDP will contract by 4.9% in 2020, the worst slump since the Great Depression and the United Nations University’s World Institute for Development Economics Research (WIDER) fears it could push up to half a billion people into poverty.

In this context, the actions of Non-profit Organizations (NPOs) could not be more important. Wherever we look, NPOs are performing essential relief work, not only by caring for those who are ill but also by helping communities to stop the spread of the disease and by mitigating the negative social effects of the crisis.

But are NPOs receiving the help they need to continue to fulfil their mission? It is clear that some places are seeing an extraordinary mobilization of donors to tackle the pandemic. According to  Candid and the Center for Disaster Philanthropy, as of July, foundations and companies in the US had given $11.9 billion to Covid-related causes, dwarfing the figures of other major disasters like the $342 million raised in the aftermath of Hurricane Harvey.

As Daryl Upsall suggests, “All the evidence that we are seeing and hearing from around the world is that the public has been continuing to give and give in a committed manner to those NPOs that are asking in the right way and through the right channels…. if asked! The non-profits that have not been asking over the last 7 months are now those most at risk of failure”.

Nonetheless, at a time of increased demand for their services, many NPOs are seeing their income decline. Whether it be due to the suspension of face-to-face and events fundraising, the closure of charity shops or the cancellation of regular giving by donors as a result of personal financial difficulty, many charities are struggling to continue with their operations.

Upsall: “Clearly size does matter when it comes to the survival of many of the non-profits post COVID-19. For the last 20 years I have argued a Darwinian future for the sector with the big multinational NPOs getting bigger and the smaller ones slowly disappearing. Controversially, I predicted a future of “mergers and acquisitions”, deliberately using the language of the corporate sector. COVID-19 has supercharged that process around the world. As an agency we are receiving way more requests from non-profits to expand through mergers than to be merged in recent months and this trend will only increase in the year ahead”

As a way of example, in a recent survey commissioned by Bond (who represents 435 British international development NGOs) with 116 respondent organizations, 70% of them expected some financial difficulty during the following months and 43% believed they would not survive the next six months.

While philanthropic donations are more important than ever to sustain the operations of thousands of charities, it is clear that the intervention of governments will be also needed to avoid the closure of NPOs and the loss of the invaluable services they provide to society.

Upsall: “I predict that is most countries COVID-19 will financially wipe out between 25-30% of non-profit organisations. Those most vulnerable will be those with one or more of the following conditions; insufficient operating reserves, poor and indecisive governance/leadership, and those with an over-reliance on certain fundraising channels such as shops, community/events and face to face fundraising. Nonetheless, despite COVID-19 other organisations, especially many of the large multinational NPOs are emerging stronger as they were fast at adapting and shifting resources into the most profitable fundraising channels and markets.”

Government support for the Third sector

Some governments have recognized the challenge facing the sector at least to a degree. In the UK, the Government has made £750 million ($917.7 million) available to charities that engage in COVID-19 related relief, in addition to the £150 million ($201.1 million) made available from dormant bank and building society accounts. In Austria, Ireland and Canada similar specific funds have been created.

However, it remains to be seen whether the amounts will be enough to avoid all closures. In the UK, the Culture Secretary Oliver Dowden has faced questions as to whether the amount of the fund will make up for the shortfall in the income of NPOs while third sector representative bodies are demanding from the Chancellor (Finance Minister) Rishi Sunak more emergency funding to survive the crisis.

In countries like the Netherlands, the advocacy of the third sector has achieved the inclusion of NPOs into the temporary schemes that have been set up by governments to alleviate the economic impact of the pandemic (like wage subsidy mechanisms or state-guaranteed loans). However, while in France, Canada, the USA or Brazil charities can access those schemes, the third sector representative bodies of those countries are demanding specific funds for NPOs, as many of the existing measures are inadequate. Some charities have no employees as they are run by volunteers and do not qualify for wage subsidy funds. 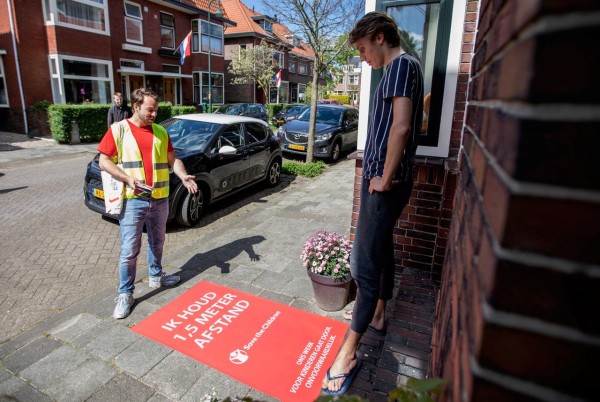 Moreover, when it comes to state-guaranteed loans, governments often do not underwrite the total amount of the loan, and charities are understandably reluctant to take on liabilities at such an uncertain time. Even if they do apply for a loan, in the UK there is evidence that accredited lenders are refusing credit to NPOs that meet the requirements of the program. These examples show the unique nature of the third sector and how it requires carefully tailored solutions by governments.

Upsall: “During the pandemic we have seen the smartest and more adaptable and quick to adapt NPOs and INPOs “pivoting” their fundraising; rapidly switching fundraising investments from Face to face fundraising during the hardest periods of lockdown into telephone, digital and DRTV channels, resulting in record breaking results across the worst months of the lockdown – from the UK to Hong Kong. Many have then “pivoted back” both their staff and financial resources with face to face, albeit with a new “Covid-safe” look, once the hard lockdown restrictions had been removed, resulting in many organisations getting some of the best face to face sign up results ever, as for example in the Netherlands with Save the Children.'

In conclusion, the need to support the third sector is more prescient than ever. While philanthropic giving in its different forms will continue to be crucial for the sustenance of NPOs and the transformative activities they carry out, the role of the state has gained in importance. In a time of pandemic, lockdowns and severe recession, the public sector will have to develop innovative funding mechanisms for charities if many of them are to survive. A lot will depend on the uneven impact the disease is having on different countries, on the relative capacity of third sector to mobilize and make effective political demands and on the boldness policy-makers have when it comes to protecting our non-profit organizations.

When it comes to lobbying a national government and keeping the non-profit sector and fundraising high on the public agenda as well as providing practical support to NPOs and individual fundraisers, the  UK’s Institute of Fundraising and other sector bodies have been tireless in their work. Additionally, new bodies such as Never More Needed have risen, stating that  “In the face of coronavirus, charities are #NeverMoreNeeded - for the essential support they provide in crisis and beyond, and how they shape our society for the better.” They have issued a clear Five Point Plan to Chancellor (UK Finance Minister).

Daryl Upsall comments, “Unfortunately, in this COVID-19 world we find ourselves in, Governments around the world appear to be behaving like “a man who knows the price of everything and the value of nothing.” Lord Darlington, Lady Windemere's Fan by Oscar Wilde. Only when we have lost much of our third sector will we realise what was and is its true value to society.”

A recent graduate from SOAS, University of London (MSc. Development Studies), Jorge works as a researcher for DUA. He uses his analytical and communication skills to provide our consultants with the information they need to make the best advice for our clients.

With over 36 years’ experience of successfully founding and managing fundraising, communications and advocacy operations for over 230 NPOs in some 62 countries Daryl is known for his international leadership and innovation in fundraising and his role as an international ambassador for the fundraising profession.